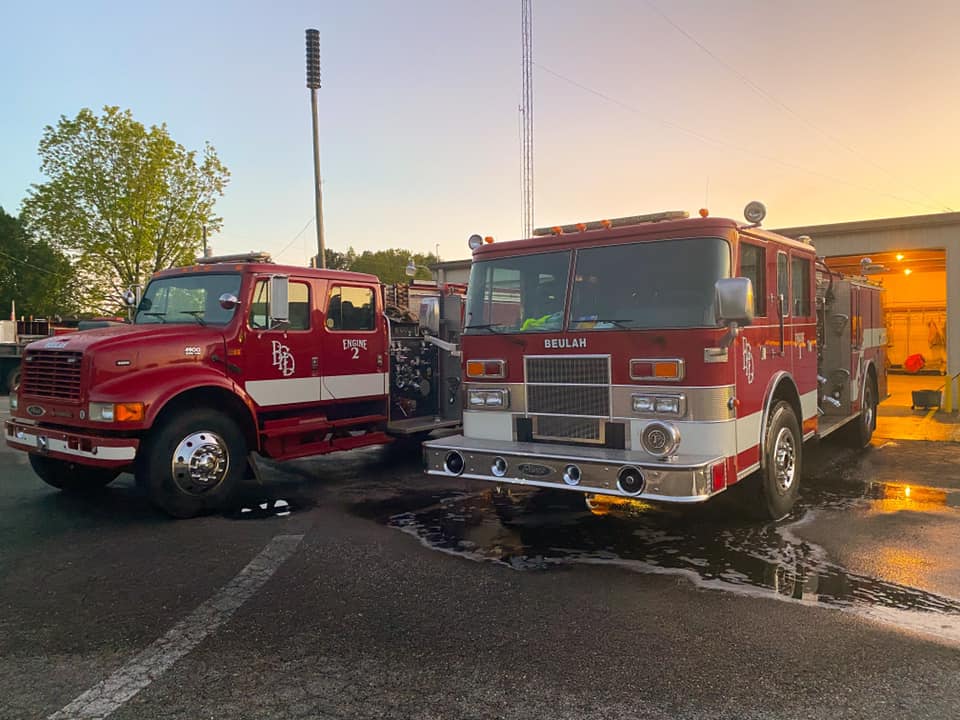 During 1986, the land at the present location was purchased for the sum of $3500.00. Thirty-five people in the community donated $100.00 or more each to help purchase the land. The building was then started and completed by the year 1987 and was used as a fire department and community center. The very first fire truck to be put in the station was a red open cab donated by the Albertville Fire Department. It was later sold to an individual. The department purchased a 1978 American LaFrance in 1993 and a brush truck in 1997.

We are proud to have served a great community for so many years and hope to continue for many more. We would like to thank all the community for its continuing support.

"We're in a sacrificial business here, sacrificing things for others, That's a choice, but if we don't do it, who will?"